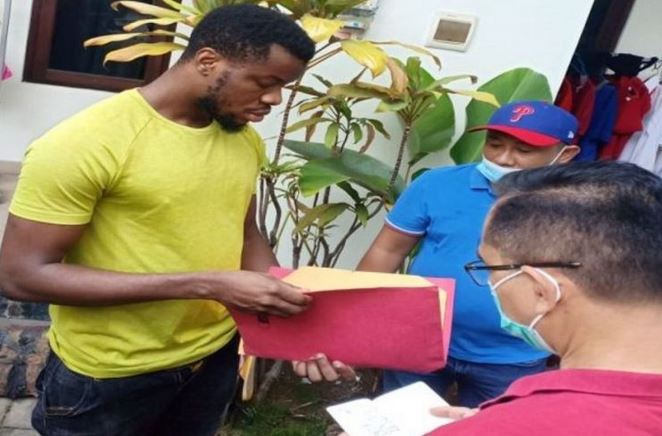 Julius Obiefuna Obiwulu, a 34-year-old Nigerian national is currently being held at a detention centre in Bali, Indonesia, while waiting to be deported after overstaying his visa by more than 60 days.

He was arrested by Immigration officers on Thursday, November 12, 2020, after he could not produce a valid visa to be in Bali.

Julius was interrogated in the detention room of Denpasar Immigration Office, Bali. During the interview, Public Relations Minister of Bali Law and Human Rights, I Putu Surya Dharma said that the Nigerian did not attempt to extend his visa that expired February 1st, 2020.

Julius was arrested after the immigration offices received a report from two witnesses regarding a foreigner that had been living in their area.

According to the Command Letter Number :W20.GR.03.02-7083 on Nov 10th 2020, the immigration office deployed 8 officers to supervise a boarding house that was located on Jalan Ciungwanara VI Number 15 in Denpasar.